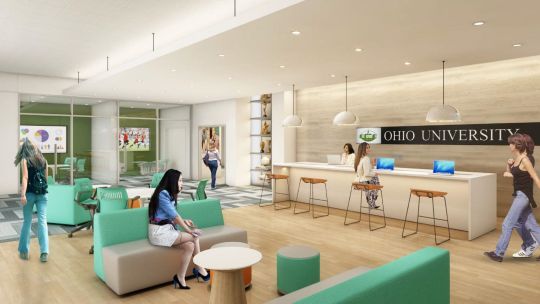 Check out this project I worked on! I did all the graphics for the master plan. I’ll make sure to put up some more images soon. 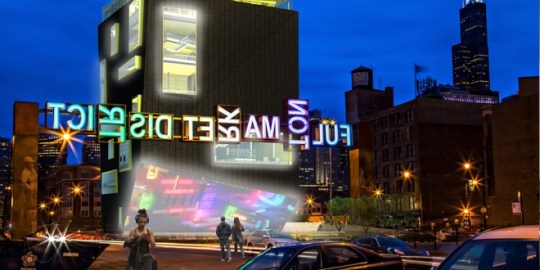 I just found out that my project AUTOMATA was published on Rethinking The Future (RTF)! Check it out!

Tyler and I won the prize for “Most Innovative” entry at this year’s Legat Architects- and DIRTT-hosted Think Tank event! I’m going to be uploading pictures of the TEIEN HOUSE we designed soon, so keep an eye out! 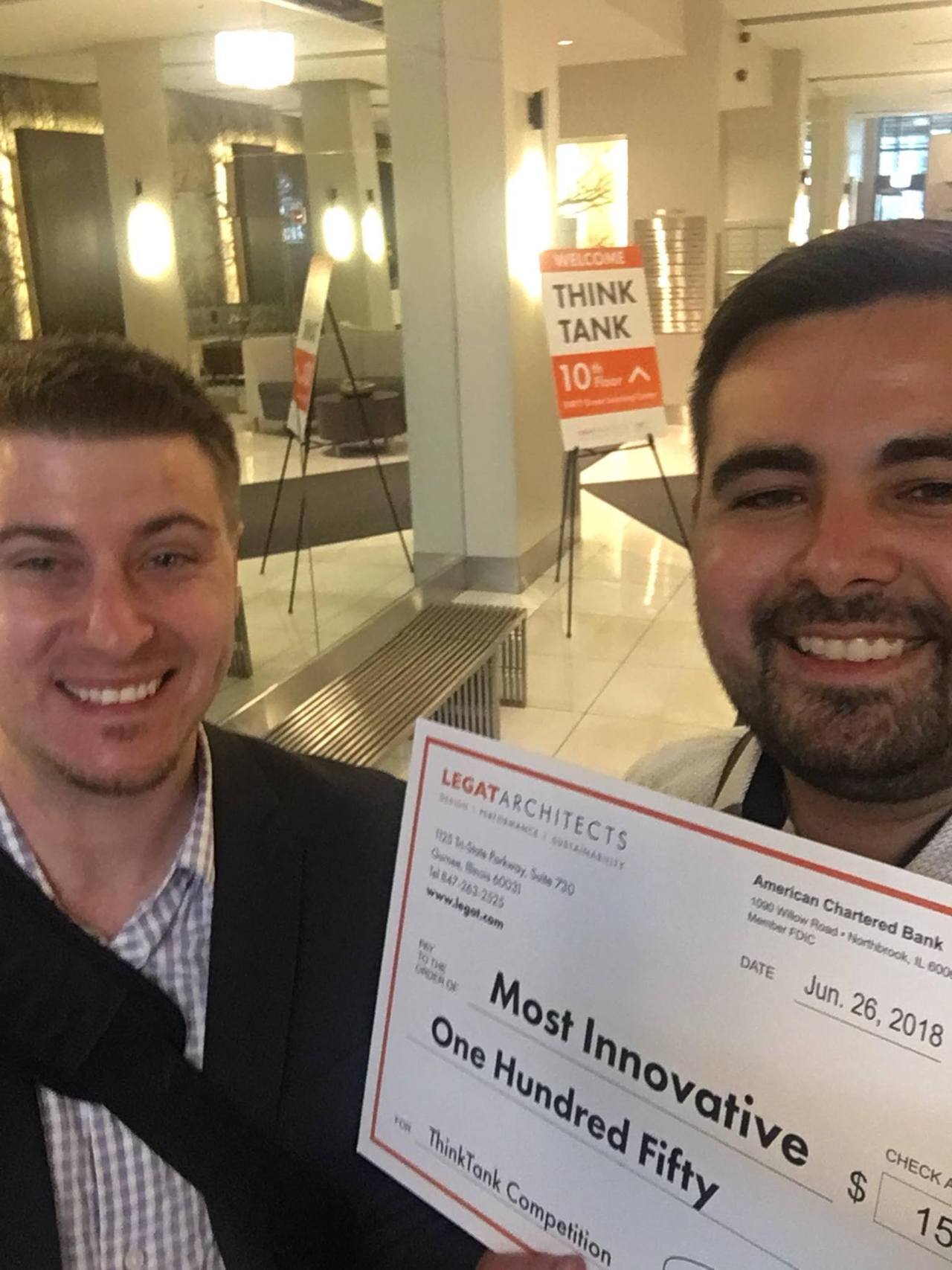 I’ve recuperated enough to post photos of #A18 #AIACon18, the 2018 AIA Conference on Architecture, where I got the chance to meet Sir David Adjaye and 2018 Whitney M. Young Award-winner Tamara Eagle Bull! 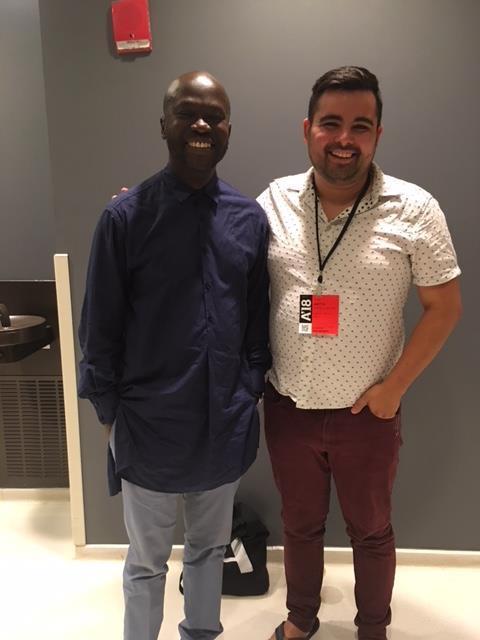 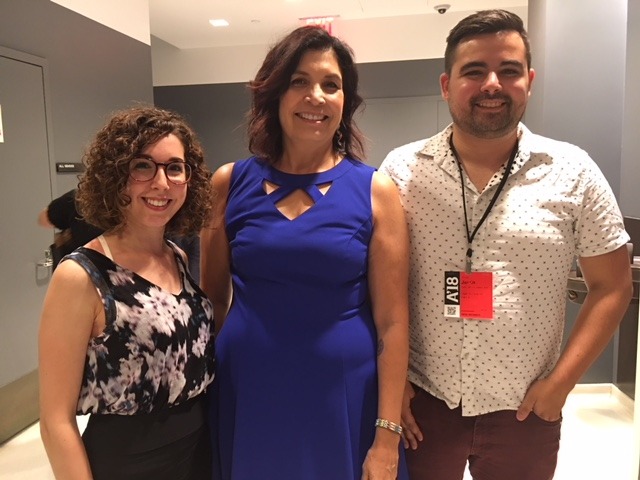 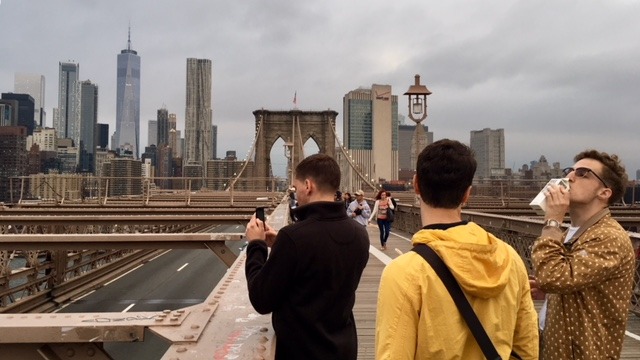 Super excited– I was featured in this month’s issue of Architectural Products, consulting on GenZ and educational spaces for them. Check it out!

While we’re at it, here’s my ultimate idol-meeting-photo: my quick snapshot with the late magician Zaha Hadid, about three months before she died in 2016 (the photo is from December 2015). 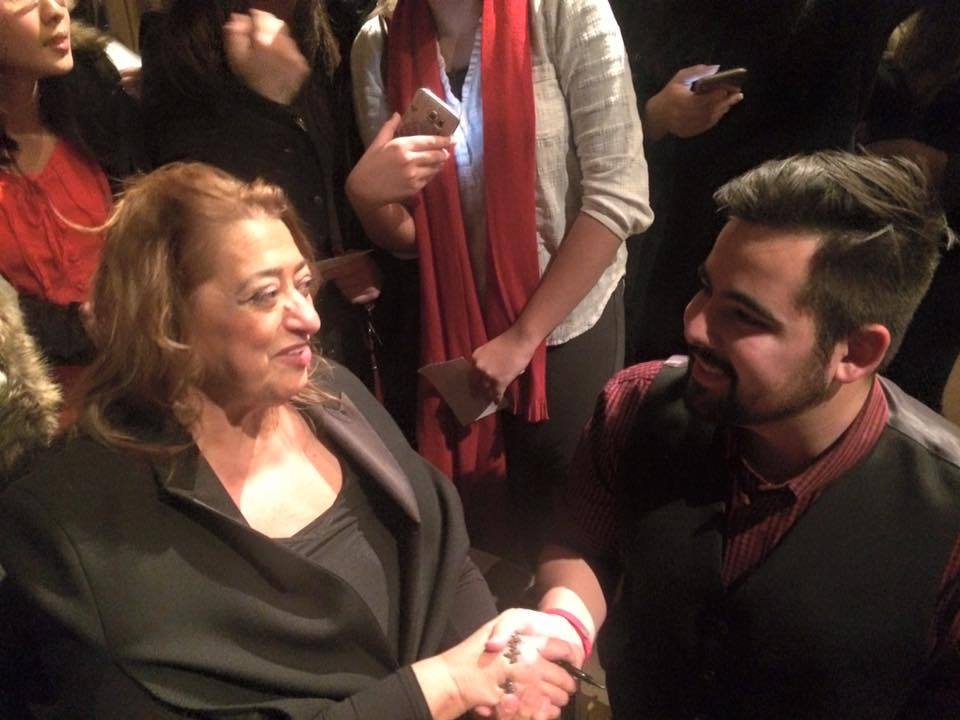 In other news, I met Billie Tsien and Tod Williams at a Pella-hosted lecture towards the end of last year! Always meet your idols. 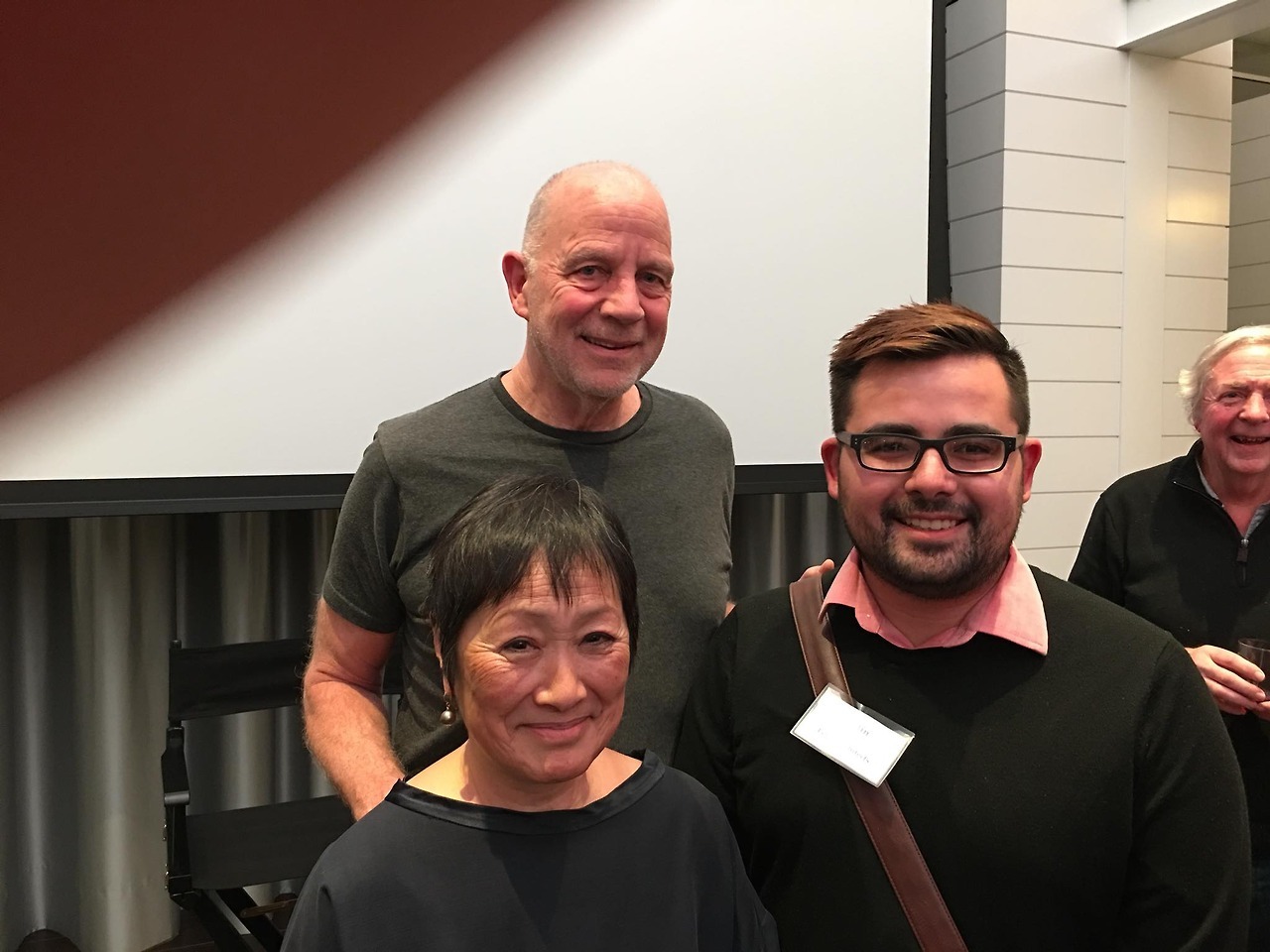 “It’s been six months, why haven’t you updated your blog?”

Because I’ve been busy! Work is going well (I think!), life is going okay (but it’s stressful, trying to balance everything), and sometimes you just need to put your hobbies away for a while.

That being said, while I was away I managed to do a few super-cool things (both through Legat)!

- BETWEEN STATES I was part of a two-person design team with Loren Johnson, a fellow alum of Judson University a few years ahead of me and co-worker at Legat (with a three-person advisory/directing board from Legat, who gave invaluable feedback and support to us both inside and outside of the firm).

Legat was invited to participate in the Chicago Architecture Biennial’s ongoing exhibit, BETWEEN STATES, which examines the fifty wards within the city of Chicago, and asked fifty of the most prominent design firms in the city to respond to a random ward’s unique challenges and potential for future growth.

We selected Ward 37, home of the Austin and West Garfield Park neighborhoods, as the site for a new urban micro-city that would reinvigorate the local economy while re-utilizing the existing asset of the ward’s old freight rail network to create urban green spaces in some of Chicago’s most troubled neighborhoods.

- NOVA SANCTA Earlier this month, Legat invited designers to contribute new works of art to auction away, to benefit the Beacon Place Community Center in southern Waukegan. Over thirty people contributed digital art, photography, sketches, watercolors, and even lamps and home-brewed beer to auction off.

I was thrilled to produce a new series of digital double-exposure pieces entitled NOVA SANCTA. The text for the submission reads: The New Saints is a reflection on the paradigm shift in power from belief to sight, over the course of the last two millennia. The juxtaposition of classical heroes, saints, and personifications of antiquity against modern-day urban imagery asks the question: what does power look like today? Does it corrode with time? Is it temporal? Or is power simply a reflection of the zeitgeist? These images are a gestalt that combines photography of classical statues from Rome, Florence, and San Juan with gritty imagery from New York and Tokyo, forcing the viewer to re-examine the world with new eyes.

All six NOVA SANCTA pieces can be viewed on my website, here. To learn more about Beacon Place and how their organization benefits children in the northern Illinois region, check out this link.

- BEAUTY IN THE COMMON The 2016 Beauty in the Common journals are finally coming to life in a brand-new book. More info coming soon, but it’s exciting to have contributed to such an incredible project! Many thanks to Ian Simkins and the other amazing contributors who I am honored to stand next to.

- JUDSON UNIVERSITY SCHOOL OF ARCHITECTURE 20th ANNIVERSARY In the middle of all of this chaos, I was thrilled to be featured in the Judson University School of Architecture’s 20th Anniversary alumni show, among such a stellar lineup of talent from the school’s many years. My portfolio, which you can view online here, was featured as a standard for what the Judson program can produce. The show ran through the month of September at the Draewell Gallery in the Harm A. Weber Academic Center at Judson University.

- KAIRA LOORO Unfortunately, the mosque I designed with Jacob Patterson and Tyler Wade did not place in the Kaira Looro competition. However, I’m extremely proud of the product we produced, and it was an honor just to participate. You can view our entry here (and also view the supporting document I created to learn more about the project here), and you can learn more about the competition’s purpose and relief aid here.

- COMING SOON There’s always more coming down the pipeline. I’ve just entered a new competition (solo, for the first time!), and there’s always stuff going on regardless. As always, thanks for visiting!

It’s been over a month since I’ve updated, but my excuse is that grad school is actually (surprisingly?) hard, and so that has understandably taken precedence. But now that studio finals are over, I’ve started re-organizing and implementing new site-wide changes. There are several new and updated pages, but more is coming within the next month.

- MORPHOSIS has a new, completely re-vamped page with all-new images and a super-digestible text walkthrough, based off a pecha kucha I presented at CNU Illinois in December.

- AUTOMATA has moved to the PROJECTS dropdown and has merged with my final studio project (which it was always intended to), although more changes are coming. Right now I’m only showing full boards, although because of 22Slides’ JPG file size limit, it’s fairly low-resolution at the moment. Once the semester is officially over, I’ll go back and extract individual JPGs from the existing Photoshop files for more clarity. Model photos are also coming.

- There is a new PROJECT page under construction that will be unveiled on May 7th, when the competition it was entered into ends.

- Icons: As much as I love my website’s existing dropdown menus, the PROJECTS, PRODUCTION, and PHOTOGRAPHY tabs will be moving to individual icon-based pages, for easier navigation (seriously, there’s so much content it’s hard to scroll all the way to the bottom of the list for some of those pages).

- LIFE UPDATE: I’m proud to announce that I have accepted a new job immediately following graduation as a project associate at Legat Architects. I’m sure my new content will decrease dramatically after graduation, but I still intend to enter competitions and keep designing on my own in my free time, and more importantly, the site itself has incredible sentimental value to me as it’s own curated body of work, so I’ll make sure to keep it lively.

Working on a 3D printing and Rhino tutorial workshop with the juniors in our vertical studio. Rhino + Illustrator makes such fun, colorful diagrams. Can’t wait to see it in printed form! 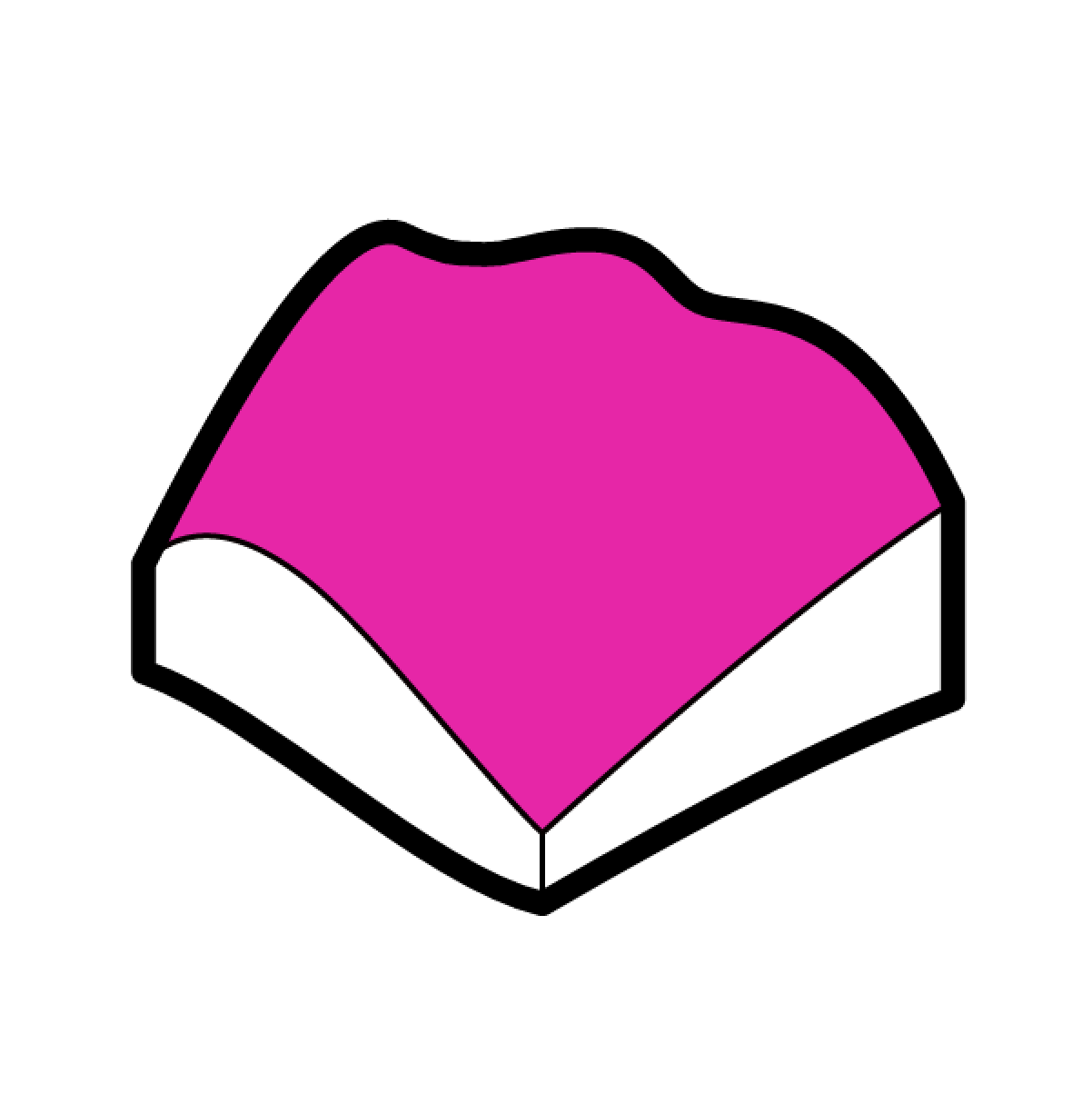